Tilly speaks out after jabs row: Strictly team is ‘working so hard to keep everyone safe’ 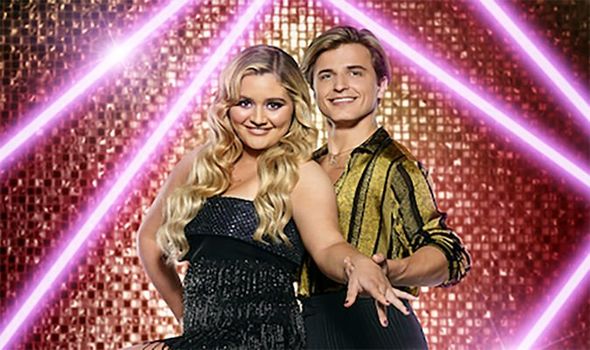 The TV host and daughter of celebrity chef Gordon Ramsay will perform a waltz with partner Nikita Kuzmin, 23, on Saturday in the first live show.

Reports that unvaccinated professionals are involved have created uncertainty about the series and led to the Prime Minister speaking out – but Tilly insists she is not worried.

She said: “Firstly, I think it’s just amazing that they’ve been able to even put the show on. They’re working so hard to keep everyone safe and I think we definitely do feel that.”

“So this year they are doing the same and it will work because we did it last year.”

Asked if he would prefer a fully vaccinated environment, he said: “Everyone is free to do whatever they want.

His celebrity partner, Coronation Street star Katie McGlynn, 28, who will dance a tango with Gorka this weekend, added: “I think it just depends on each individual, because like I know last year, you were in couples and everybody was in a hotel.

“Whereas you get a bit more freedom this year because of the vaccinations. But if that was me, personally, I just wouldn’t see my family.” She added: “I personally don’t know everybody’s situation, because it’s none of our business and because we have to keep separate from everybody else, but everybody’s getting on like a house on fire and seems to be gelling well.”

The BBC said it is “not the case” anyone threatened to quit Strictly over jabs, or raised concerns with executives or the show’s production team.

Following Boris Johnson’s direct plea to dancers to get the jab, a statement from the corporation said: “The BBC has never commented nor confirmed the vaccination status of anyone on the show. It’s not our place to.

“It is not the case that concerns have been raised with the BBC or the Strictly production team from dancers or celebrities about vaccination, or that they have threatened to quit.

“We have in place strict procedures to protect those on the show and the wider production. Among the many measures in place, the dancers are tested regularly to be in close contact with their partners. The cast, crew and everyone on Strictly are focused on this weekend’s first live show and delivering another brilliant series.”

The live show will be the first chance for Anton du Beke to judge celebs, while Great British Bake Off champ John Whaite, 32, and partner Johannes Radebe, 34 – the first all-male pairing in the show’s history – will perform a tango.