TORI Spelling promoted the same migraine medicine brand as Khloe Kardashian as fans are convinced the two look like "twins."

The Beverly Hills 90210 star has been compared to the Keeping Up With the Kardashians alum lately as they sport similar hair, makeup, and clothing styles. 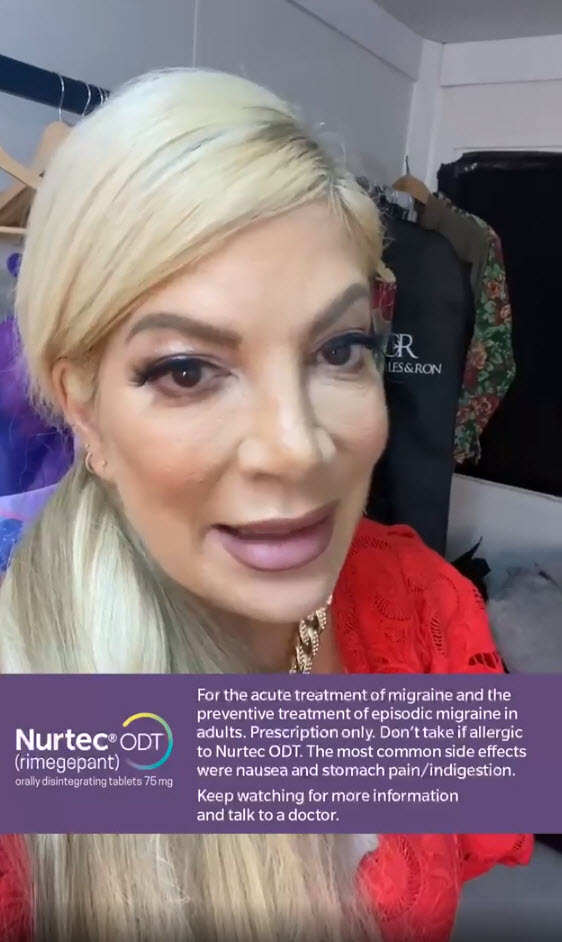 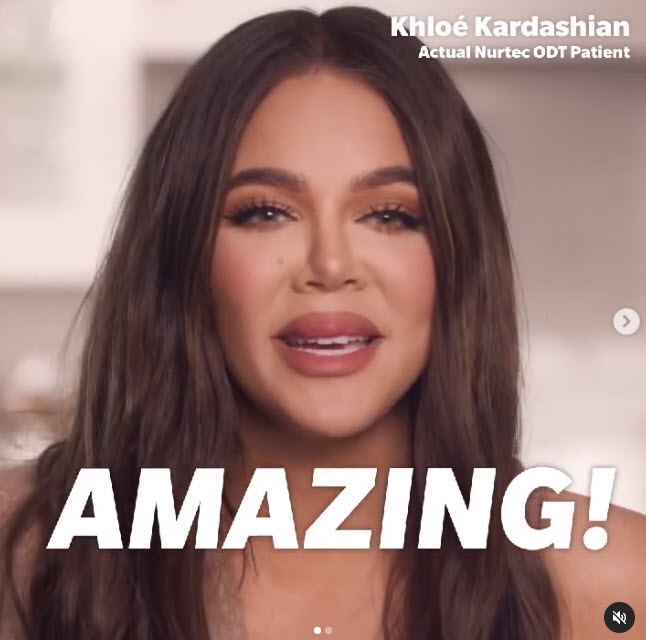 Tori, 48, took to Instagram this week to promote Nurtec, a migraine medication.

The actress spoke to fans while on the set of her new show Messyness as she explained how the medicine can help after busy days "on set."

The advertisement came as a bit of a surprise as Khloe Kardashian, 37, promoted the very same brand earlier this year.

On June 1, the reality star shared her own promotional video for the migraine treatment, and fans were stunned at how "unrecognizable" she looked.

Over the past several months, fans have claimed the two celebs look identical, as they've worn similar hairstyles, full-glam makeup, and matching outfits on more than one occasion.

In late September, Tori shared a photo from a glam makeover session before a photo shoot.

The mother of five looked incredible in a sparkly gown with a cut-out that revealed her cleavage.

Her blonde locks were styled in a classic half-updo with soft curls tumbling over her shoulder.

She captioned the shot: "Sparkling in Saint Laurent … Thank you @sartomalta. I ADORE you and every piece of designer amazingness you have in your store!"

Tori looked nearly identical to Khloe in the image as she was wearing the same exact hairstyle as the E! star from a recent selfie.

Just weeks before, the Scary Movie star stepped out wearing a fitted denim jumpsuit with her long blonde locks curled into waves.

She was joined by her hairstylist Laura Rugetti who wore a matching outfit and the women held hands as they headed to dinner together.

The duo was spotted heading to Catch LA, in West Hollywood after a day of filming.

Tori accessorized her look with a Gucci cross shoulder bag and black boots.

Khloe was previously seen wearing the same exact outfit, as the two continue to mirror each other.

People have said that Tori looked “exactly like” the TV personality after having “plastic surgery,” which she said is quite the “compliment.”

Late last month, the California native posted a selfie in full glam, and fans were blown away by the uncanny resemblance to Khloe.

Several commenters noted that Tori looked shockingly similar to Khloe, one writing: "I thought you were khloe k for a second."

The pair are reportedly going through a nasty split.

An insider told Us Weekly Tori feels "trapped" in her marriage to the Canadian actor, 54.

The Open Range star allegedly threatened to sue his wife for alimony if she left him.

The source said that the couple has been on the "brink of divorce" for months and friends close to them are said to be shocked it didn't happen earlier.

The informant noted that the tension, along with the threats, could be what's slowing the divorce process.

The source claimed Tori "wants a divorce, but she feels trapped right now," they explained. 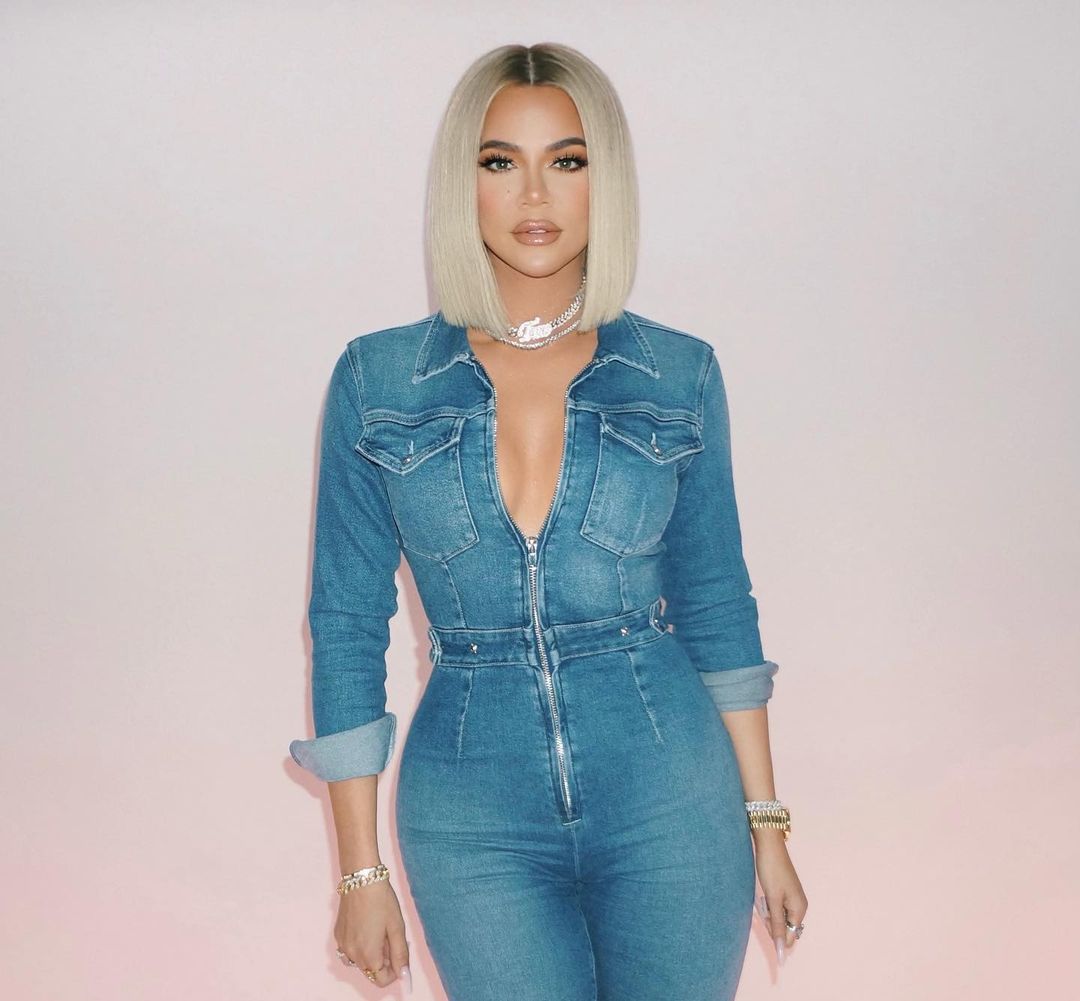 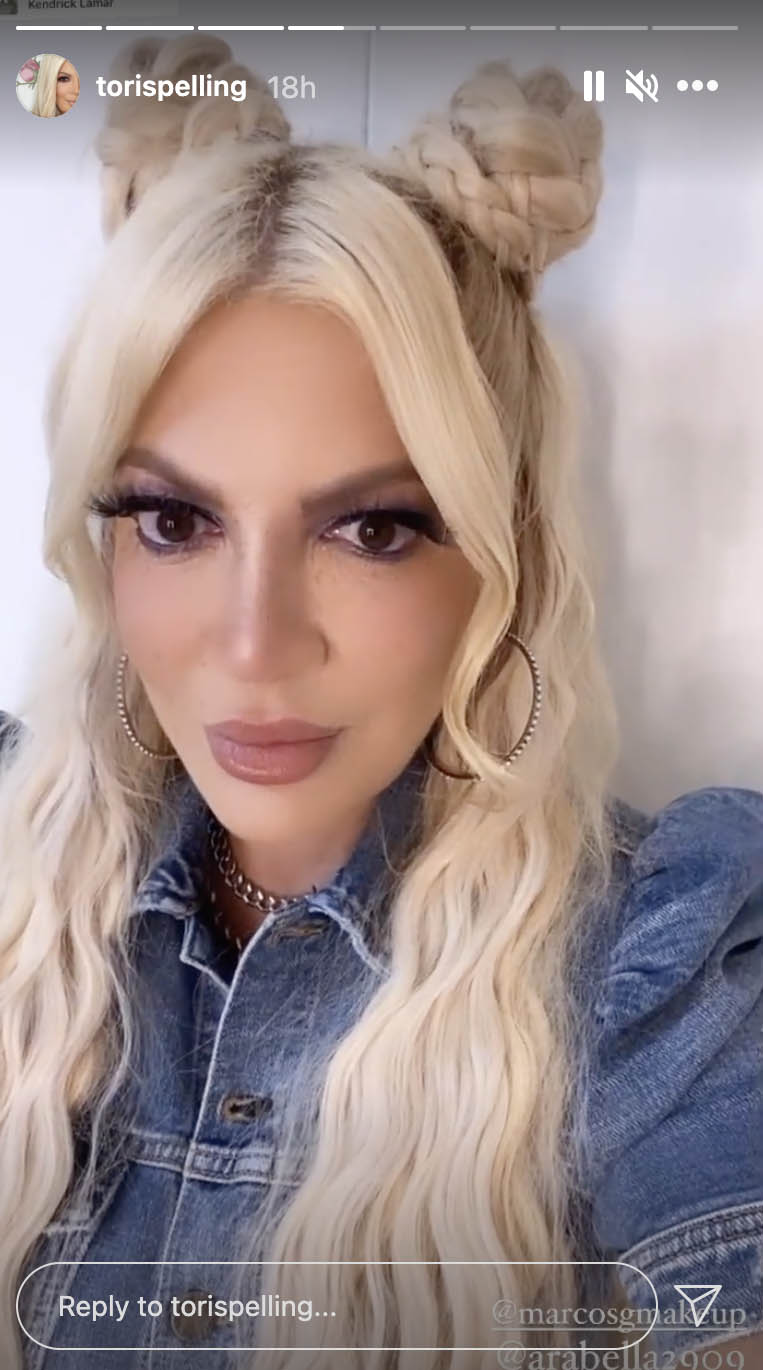