Katie Thurston’s season of The Bachelorette just wrapped filming, and it’s currently shrouded in MYSTERY and INTRIGUE. By which I mean production finished up an entire week ahead of schedule, which apparently was a decision Katie made herself.

Wrapping up early could mean a lot of things, including but not limited to:

TBD on what happened here, but Katie is back on Instagram and just posted footage of herself on a vacation, making it very clear that there is *not* a ring on her finger:

While this post seems to imply that Katie didn’t get engaged on The Bachelorette (um, note her use of the song “All Downhill from Here”), leads are asked to hide their relationship status after filming the show so there are no spoilers. Meaning, even if Katie is engaged, she probably isn’t about to wear her ring on Insta, or in front of whoever took this ^.

That! Said! Bachelorettes often wear their rings in private and simply try to be careful in public. Like, remember when Tayshia Adams accidentally revealed her ring on Insta before her Bachelorette season ended? 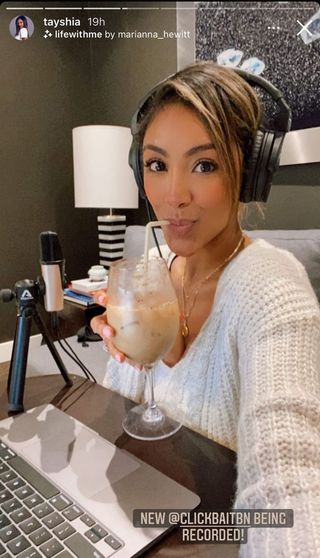 At the time she tried to play it off, telling Ellen “All I have to say is I’m just a girl….If I want to drink my coffee with some diamonds on, I can do that. I like to wear diamonds all the time!” But once her season wrapped, Tayshia confessed that she was “actually was freaking out. I was screaming I was running all throughout the house.”

So yeah, chances that Katie would show off her ring if she had it? Slim to none, friends!

You love all the deets on Bachelor Nation. So do we! Let’s talk through them all here.