'Utopia' Canceled by Amazon After 1 Season 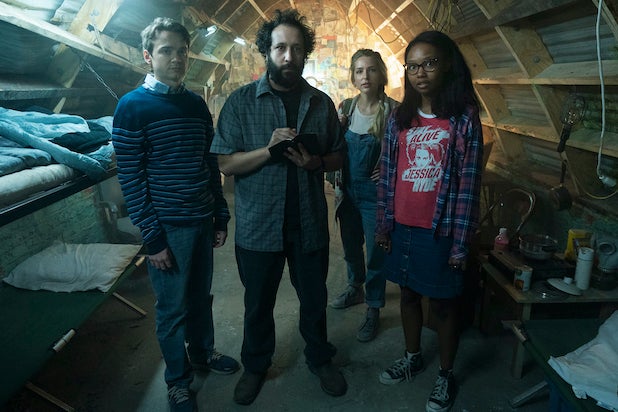 “Utopia” is done at Amazon after only one season, an individual with knowledge told TheWrap.

The drama was from “Gone Girl” and “Sharp Objects” author Gillian Flynn, and starred John Cusack and Rainn Wilson.

“Utopia” follows “a group of comic fans who meet online and bond over their obsession of a seemingly fictional comic called, ‘Utopia,’” per Amazon. “Together, Becky (Ashleigh LaThrop), Ian (Dan Byrd), Samantha (Jessica Rothe), Wilson Wilson (Desmin Borges) and Grant (Javon “Wanna” Walton) unearth hidden meanings cloaked within the pages of ‘Utopia,’ predicting threats to humanity. They realize these are not just the makings of a conspiracy; they are very real dangers coming alive right now in their world. The group embarks on a high-stakes adventure, bringing them face-to-face with the comic’s famed central character, Jessica Hyde (Sasha Lane), who joins them on their mission to save the world while harboring secrets of her own.”

“Utopia” premiered its one and only season in September.

Flynn previously told TheWrap about her plans for a potential second season, saying there was “always intended for there to be a Season 2” of her adaptation of Dennis Kelly’s British TV series of the same name. That will of course no longer be the case.

The news of “Utopia” was first reported by The Hollywood Reporter.