Prince Andrew came under fire from some viewers for being allowed to wear his military attire during the vigil for Her Majesty Queen Elizabeth II. However, broadcaster Vanessa Feltz believed the backlash was unjustified as she claimed on Wednesday’s This Morning he shouldn’t be punished during this difficult mourning period.

TV personality Vanessa argued against Matthew Wright about the backlash against Prince Andrew’s attire in a heated debate on Wednesday’s This Morning.

Presenter Holly Willoughby relayed an official statement from Buckingham Palace, which maintained the Duke of York was allowed to wear military uniform by King Charles.

Instruction was reportedly given straight from the King’s office, and Andrew didn’t “lobby for permission” for the attire.

Sources have also claimed his uniform should not be construed as a sign the Prince will be able to return to Royal duties in the future. 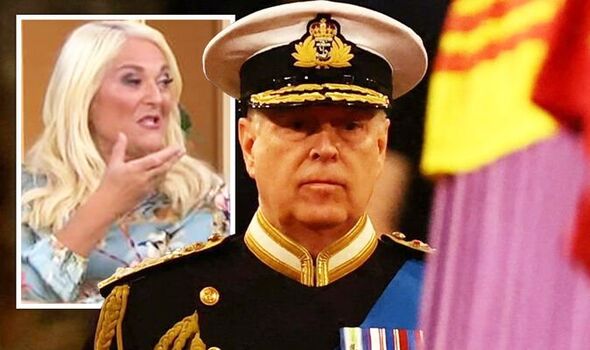 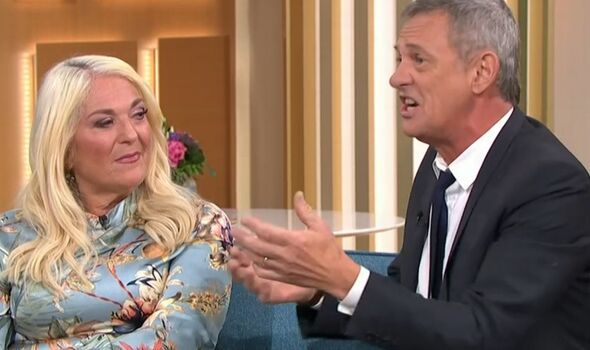 Vanessa agreed with the ruling, commenting: “Well that just shows two things, one it shows that the King [Charles] is a compassionate and understanding person.”

Matthew interjected: “The compassion surely falls to the victims, that’s all I’m saying.”

Vanessa chided, “Sensitive”, before arguing Andrew’s role in the Queen’s vigil didn’t take away sympathy for his alleged victims. 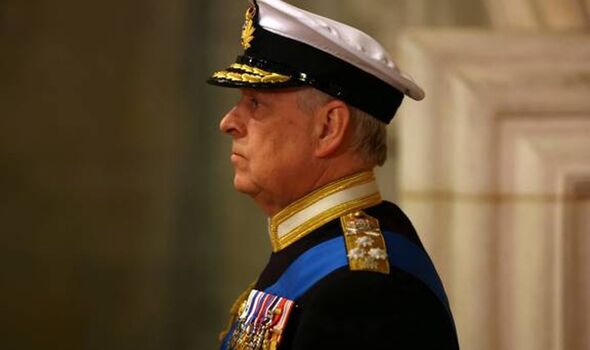 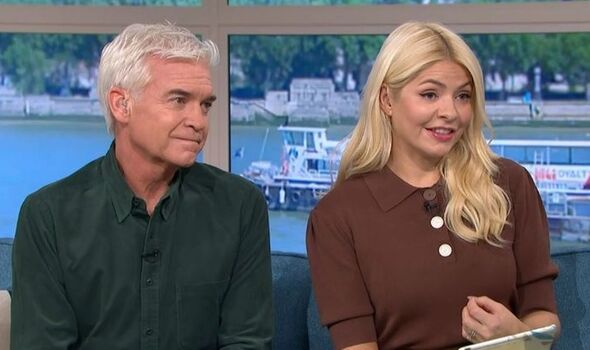 “This doesn’t exclude or preclude having sympathy on the victims at all,” she insisted.

“This is an example of a man held up to public gaze during the funeral of his own mother.”

The broadcaster also suggested the mark of respect could be a sign of good things to come from Britain’s current monarch.

“And also, it’s his brother, so I think it shows a kindness and generosity and compassion and some form of empathy,” she continued.

“I don’t think he needs to be punished at that moment at his mother’s funeral and the funeral proceedings.

Allegations Prince Andrew sexually abused 17-year-old Virginia Giuffre while she was part of Jeffrey Epstein’s trafficking ring were settled out of court earlier this year.

He has denied the accusations, and pledged to “demonstrate his regret for his association with Epstein” by supporting the “fight against the evils of sex trafficking, and by supporting its victims”.

His presence at the state funeral for his mother, the Queen, was met with considerable backlash.

While he was permitted to wear uniform during the vigil, he remained in a suit throughout the rest of the service.

This Morning airs weekdays from 10am on ITV.