Verity and Shaq die in Hollyoaks as bomb explosion claims their lives? 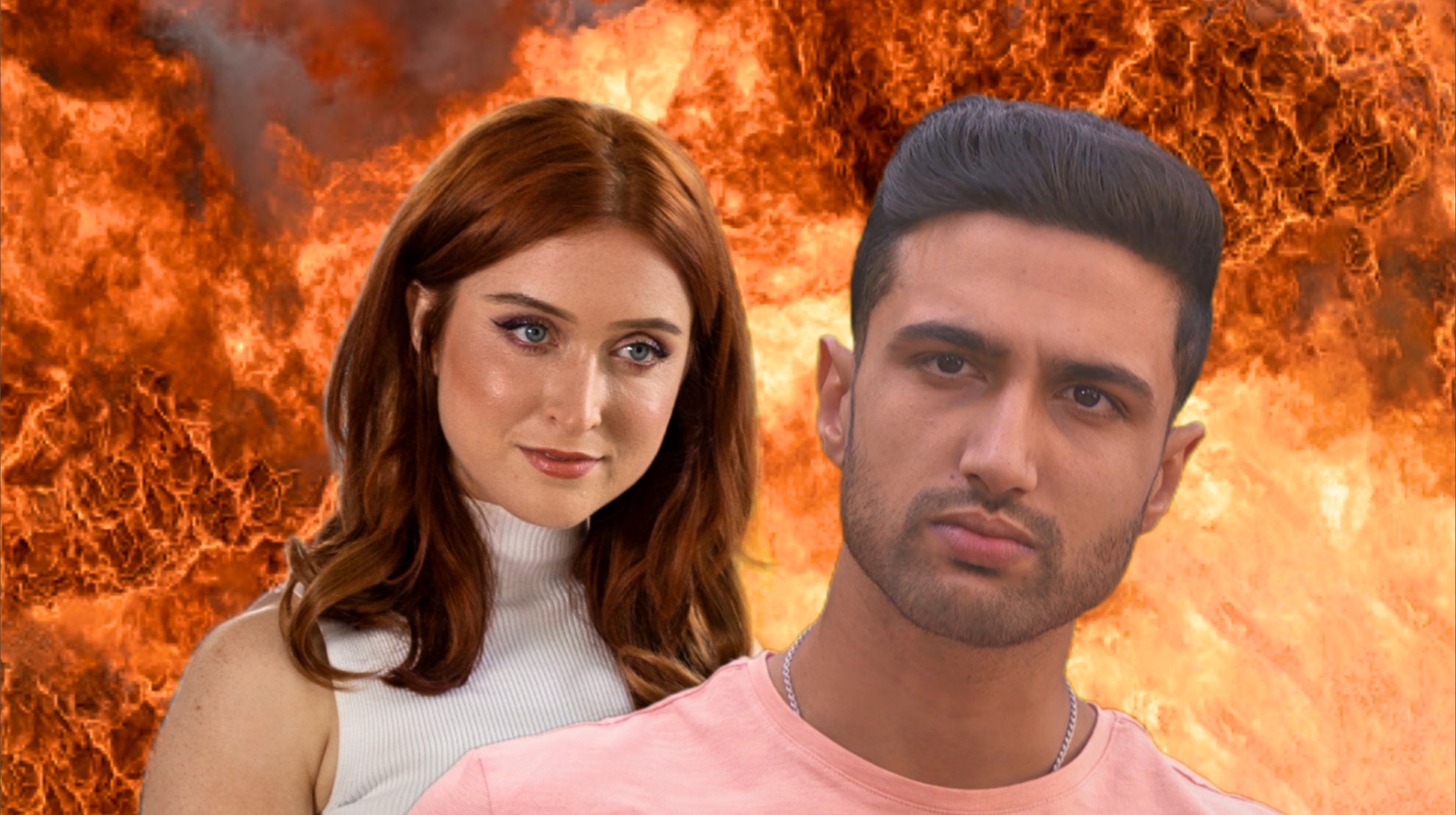 Verity Hutchinson (Eva O’Hara) and Shaq Qureshi (Omar Malik) facing a deadly fate in Hollyoaks next week as they’re left stranded on a climbing wall when a shock explosion rips through the eponymous village.

The carnival, planned by Tony (Nick Pickard) and Diane (Alex Fletcher), kicks off next week and it’s safe to say that everyone is in a party mood.

Except for the McQueens, that is, as Silas Blissett (Jeff Rawle) returns to cause chaos once more.

Verity and Shaq, meanwhile, get in on all the fun at the carnival, as they race each other on the climbing wall.

Tragedy strikes, however, as a bomb goes off, leaving them with no option but to keep climbing and thus they find themselves stranded at the top.

Despite making it out of harms way, there is more horror to come for the former lovers as a second and unexpected explosion leaves one of them clinging on for dear life.

The question is: which one?

What’s more, what fate lies ahead for the other? Could both Shaq and Verity die amid the chaos? Or will only one of them perish?

Only time will tell, but we have it on good authority that there will be at least one death during the stunt week, so it’s possible that Shaq or Verity could be the unfortunate soul.

‘There is definitely a huge amount of jeopardy,’ said Hollyoaks boss Lucy Allan in an exclusive chat with Metro.co.uk, previewing the stunt.

‘There are also, in true Hollyoaks style, some unexpected twists and turns along the way.

‘I think you all know that, our big bad is back, in the form of Silas Blissett! So no-one is ever safe.’

One to watch: Wednesday September 28 at 7pm on E4.