This Morning viewers were left scratching their eyes this morning after an unrecognisable Phillip Schofield unveiled an incredible Halloween costume as part of a murder mystery special.

The presenting team dressed up as the characters from classic game Cluedo as part of the themed episode – and viewers were left a little freaked out by Phil’s get up.

Phil has embodied the role of Colonel Mustard, while Holly Willoughby made for a very convincing Miss Scarlett. Chef Clodagh McKenna also dressed as Professor Plum as the whole team received makeovers.

They’re investigating a shocking murder on the set, with the Lady of the Manor (played less than convincingly by Josie Gibson), with the case running over the course of the episode.

She was found next to a golden pineapple – could that be the murder weapon?

Viewers couldn’t get over Phil’s incredible costume (and accent to match), and took to social media to share their thoughts. 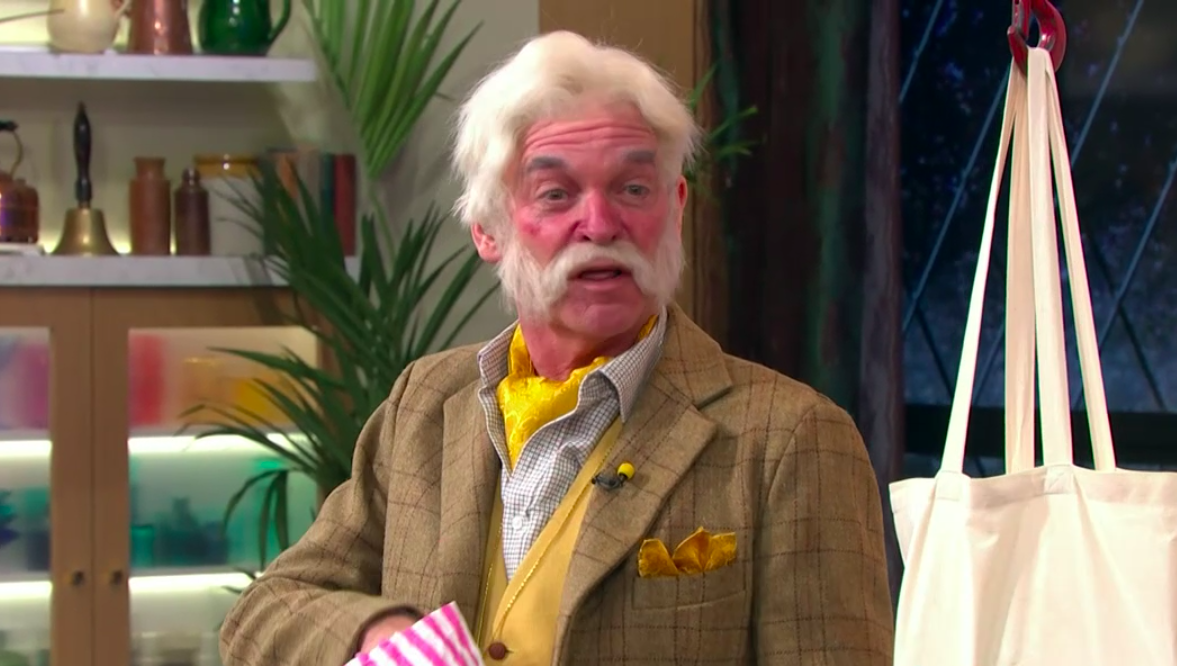 People were quick to comment on Holly’s Halloween outfit too, praising her glamorous new look.

Why does Phil remind me of Prince Charles ð¤«ð #ThisMorning

Thursday’s show was rebranded as ‘Miss Morning’, and marks the latest This Morning Halloween special.

While last year’s special was cancelled due to coronavirus, Holly and Phil have enjoyed putting on festive specials over recent times.

In 2019, This Morning took part in a Wizard of Oz special, while 2018 featured a Greatest Showman-themed office and a Game of Thrones special in 2017.

Speaking about the murder mystery special, Holly said earlier this week: ‘Cluedo is such a genius theme – it’s a family favourite in our house and it’ll certainly be a first in This Morning’s history that we’ll open the show with a murder!

‘If I wasn’t involved myself, I’d definitely be at home trying to solve the mystery.’

This Morning airs on weekdays at 10am on ITV.