Preacher (played by Colin Lawrence) didn’t know where to look in the fourth season of Virgin River as Netflix viewers saw his budding romance with newcomer Julia (Lucia Walters) hit the rocks following the shock return of Paige (Lexa Doig). Preacher has spent the entire series doing what’s best for Paige and her son Christopher (Chase Petriw) as they desperately escape the clutches of her abusive ex Wes (Steve Bacic) and his vengeful brother Vince (also Bacic). However, a new theory from Express.co.uk may suggest the pieces of Preacher’s romance puzzle may be more connected than they seem to be.

So could Julia really secretly be working with Vince behind the scenes to try and trap both Preacher and Paige?

There are a few pieces of evidence to suggest so, the first being when Vince managed to kidnap Paige in season four.

By this point, Vince had already managed to snatch Christopher away and was hiding in motel after motel to avoid capture.

Eventually, Preacher managed to track them down thanks to a little help from Paige to an isolated lodge where he decided to take it upon himself to try and get Christopher back. 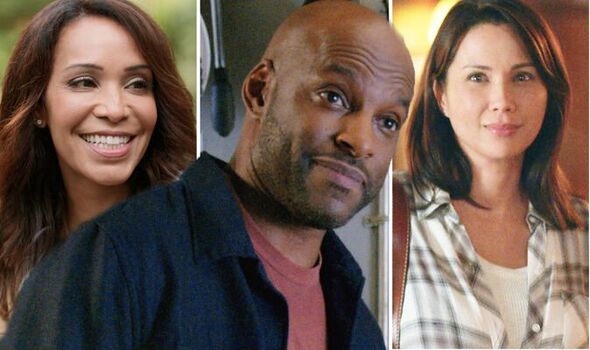 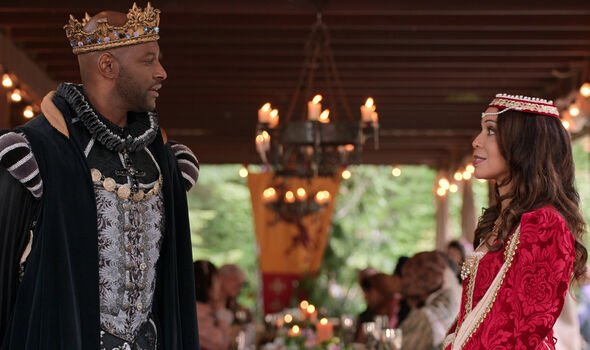 Preacher described Vince’s proposed trade of Paige for Christopher as a “non-starter”, rubbishing the idea of Paige giving herself up.

Paige eventually sided with Preacher’s idea that he’d go alone but when arrived at the lodge he was surprised to discover neither Vince nor Christopher was there.

So how would they know not to be in the cabin when Preacher arrived? Could they have been tipped off?

If they were, Vince may well have been warned by Julia that Preacher was on his way. 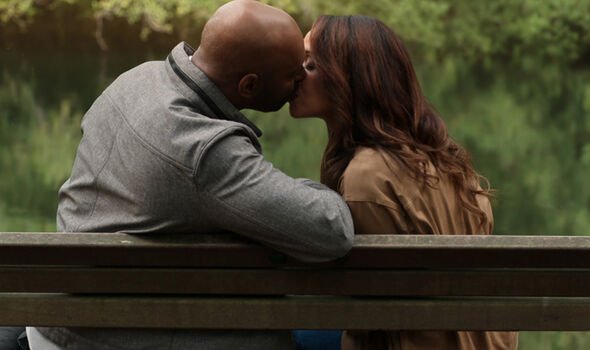 After all, Julia asked him to “call her” to explain what was going on when Paige disrupted her date with Preacher – perhaps another clue – could he have filled her in with his plan?

Knowing Paige was home alone gave Vince the perfect opportunity to arrive in Virgin River and force the trade for himself.

“She said she’d see me real soon but then she started crying,” Christopher told Preacher when he returned home to find Paige was nowhere to be seen.

The timings of Preacher’s stake-out of the lodge and forced trade seem rather convenient if Vince didn’t have any extra help – but there’s also another clue involving Preacher’s track record.

Being the warm-hearted and trusting soul he is, Preacher has let Julia into his life rather quickly.

And after she discovered the drawing of him, Paige and Christopher in a picnic basket, Preacher may have felt no choice but to fill her in.

Now, this trusting attitude has already backfired after he fell for Paige’s pal Sally (Jana Benoit) luring him into the woods and drugging him so Vince could kidnap Christopher in season three.

And with him being so open with Julia, could it be a case that Preacher simply hasn’t learnt his lesson by letting outsiders into his life?

With Preacher keen to keep his romance with Julia going, he’s been open and honest throughout – which may have played right into her hands.

Could Julia be another person Vince has enlisted to help him get what he wants in regards to Paige? The evidence to support the theory is there.

However, Vince’s plans look set to unravel in season five anyway given the fact Preacher managed to knock him unconscious in the final moments of the fourth season finale.

Could Paige and Preacher be tasked with another death to hide, or will Vince survive long enough for a possible plan with Julia to rear its head again?

Virgin River seasons 1-4 are available to stream on Netflix now.