Wayne Wang’s ‘Life Is Cheap’ Was More Than Its X-Rating in 1990, and It’s Now Getting Re-Released

Hong Kong immigrant filmmaker Wayne Wang is best known for films like his indie breakout “Chan Is Missing” or his break into Hollywood filmmaking with Amy Tan’s “Joy Luck Club” adaptation. But he stoked controversy in 1990 when his crime drama “Life Is Cheap… But Toilet Paper Is Expensive” earned an X rating from the then-MPAA.

Its distributor rejected that rating and released it unrated, with critics including Gene Siskel and Roger Ebert applauding that decision and praising its merits as greater than the sum of its controversies. Still, the film’s graphic footage, while politically motivated, subverts audience expectations of sex and violence.

Structured around a neo-noir set-up — smoky rooms, mob bosses, and a femme fatale abound — “Life Is Cheap” melds guerrilla docu-fiction with political urgency. Not to mention the vivid imagery courtesy of DP Amir Mokri, who has since worked on films including the “Transformers” and “Bad Boys” franchises.

“Life Is Cheap” now sees a new director’s cut 4K restoration and theatrical release from Arbelos Films beginning September 30 at BAM in New York. The film will also play in LA as part of a Wayne Wang retrospective at the American Cinematheque.

IndieWire can exclusively share this news and a new trailer for the movie below.

In honor of the re-release, Wang shared this exclusive director’s statement with IndieWire, with thanks to Aliza Ma:

“Life Is Cheap… But Toilet Paper is Expensive” is the missing link between the American and the Chinese cultures I grew up under. For my education, I studied with many of the Bay Area experimental filmmakers in the mid-70s while also being a fervent scholar of the history of films. I was able to learn from vast arrays of cinematic guiding stars for my filmmaking. In the case of “Life Is Cheap,” I drew from the Hong Kong Triad films and the beloved Ford Westerns of my youth (I was named after John Wayne). Later on such mongrel Westerns as Clint Eastwood’s “Man with No Name” by Sergio Leone also served as inspirations, while Stan Brakhage’s indelible “The Act of Seeing with One’s Own Eyes” (1971) cued the film’s corporeal and sometimes shocking directness.

“Life is Cheap” was edited during the Tiananmen massacre in 1989. It was my blunt response and indictment of the overarching patriarchal Chinese ideology that dominated all strata of social existence in Hong Kong, which in many ways, included my own complicated relationship with my father. To that end, the main female character’s scornful monologue — about her contempt for the hypocrisies with which she has been treated by men and the oppressive forces she has been subjected to, also encompassed my own searing provocation against these same issues that made me feel like an alienated outsider in my own hometown.

I was happy to receive some funding to restore and recut the film to resonate with the 2019-2020 protests in Hong Kong when the remaining traces of democracy were further trampled.

Digital restoration by Lightbox Film Center at University of the Arts in collaboration with University of California, Berkeley Art Museum and Pacific Film Archive. Funding provided by Ron and Suzanne Naples. Restoration and remastering supervised by Ross Lipman in consultation with Wayne Wang. 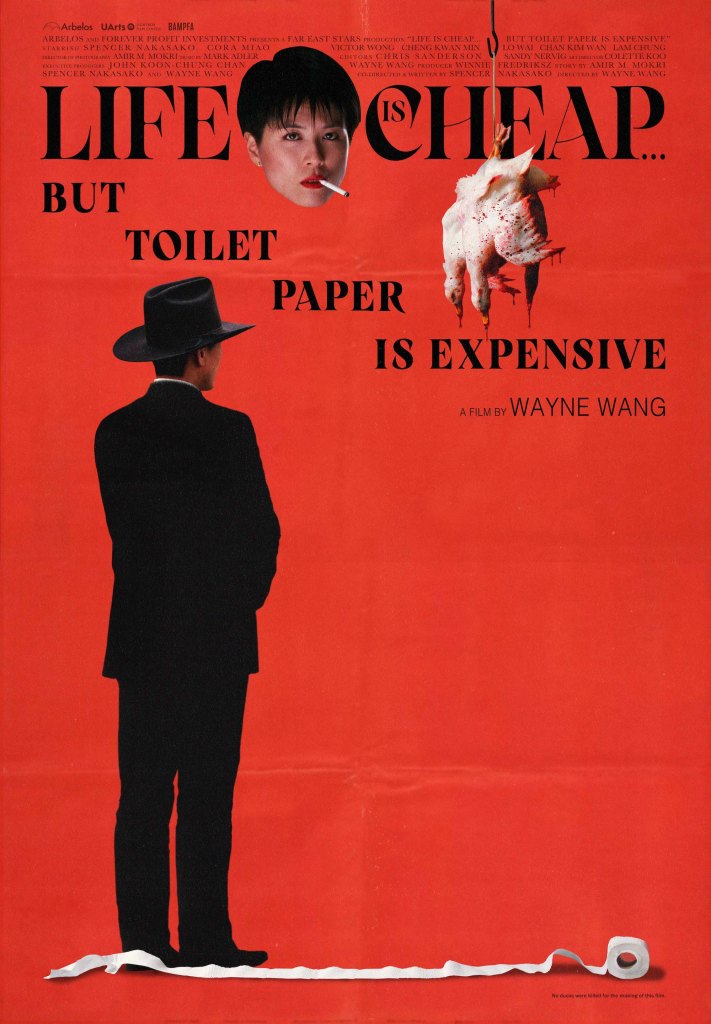