TV chef James was speaking to the Norfolk cook on ITV’s James Martin’s Saturday Morning when he interrupted him over a story. Galton was demonstrating how he cooks he fish pie dish when the subject of Norfolk came up.

He went on to detail the process but James urged him not to continue. 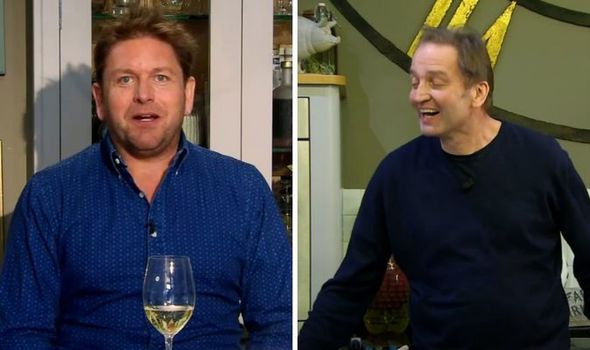 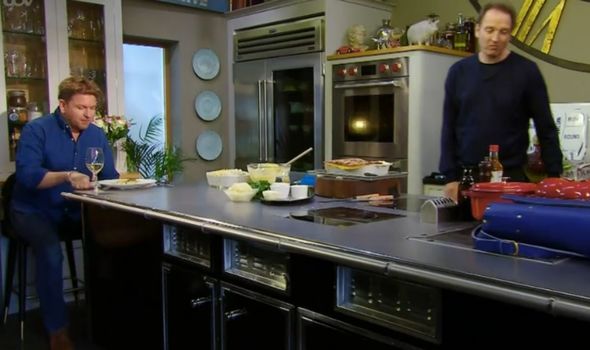 “You brine them and then – ah it’s a long story!” Galton said.

“Oh okay, we haven’t got time for it anyway,” James said abruptly as Galton continued cooking his fish dish.

James later mocked Galton for referring to a recipe while cooking.

Watching Galton peering at the table, he said: “Is that a recipe you’ve got there?” 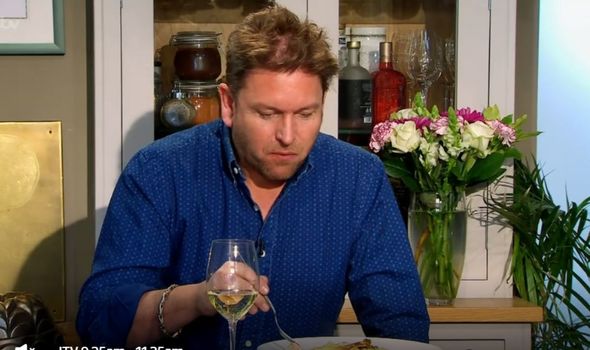 “No, it’s just a thing to refer to,” Galton answered. “It’s a recipe!” James laughed.

“It’s my recipe,” Galton explained, also laughing. He continued: “Listen, I know what happens when I get with you.

“I forget things which are normally very basic to me, and then things go wrong.”

“I age when I’m around you,” James joked. Galton replied: “Well, you’re not looking too bad actually.”

James responded that he had lost a bit of weight as Galton agreed and said: “And you’ve got more hair.”

“I need to go to that hair transplant place that you went to last year,” James added.

“Did you have that done?” He asked. A sheepish Galton said: “No, no I haven’t done that.”

He quickly changed the subject, adding: “But anyway, a little bit of salmon, you dice that nice and chunkily.”

“Is that a Norfolk saying, chunkily?” James joked.

The chef went on to demonstrate the way he cooked the dish as the two continued to poke fun at each other.

Viewers quickly began to comment on the pair’s banter, with one taking to Twitter to say: “These 2 are funny together! lol #JamesMartin.”

Another wrote: “Good job I didn’t want to learn how to make a luxury fish pie #jamesmartin.”

“Try get the mash potato on that fish pie #jamesmartin,” another quipped.

The pair also argued over which condiments should be served with the dish before James realised they were running out of time.

“You really need more of an open mind than you’ve got t the moment, you really do,” Galton said.

He later realised he didn’t have enough mash for the amount of fish he was using as the two began laughing again as the dish overflowed and he was forced to display a dish he’d made beforehand.

James Martin’s Saturday Morning airs at 9.25am on ITV.