What Kat From Below Deck Is Doing Now

With so many seasons of the Bravo hit “Below Deck,” it’s hard to keep up with every cast member since its debut in 2013. For those unfamiliar with the reality show, “Below Deck” follows a group of people who work aboard a luxury yacht and have to deal with demanding guests. One of the original crew members was Kat Held, who worked as a yacht stewardess during the first two seasons.

According to Kat’s Bravo bio, the Rhode Island native joined the show after attending the University of Rhode Island. Kat was apparently “looking for a new adventure” and was “tired of watching mega yachts sail in and out of Newport Harbor without her.” She bought a book on how to become a yacht stewardess, and the rest is history.

Kat was described as “over-the-top and free-spirited,” and she appeared to live up to that while on “Below Deck.” According to ShowBiz CheatSheet, her attitude frequently caused tension on the yacht, especially between her and chief stew Adrienne Gang. Yet it appears that watching her behavior on the show led Kat to make some life changes. She revealed to The Daily Dish in 2015, “Watching yourself and your behavior on television is a great form of psychology. There were things I learned about myself that I did not like, so I made it a point to change those things.” It appears Kat not only eventually changed her attitude but also her career. Keep reading to learn more.

Kat from Below Deck appears to be bartending 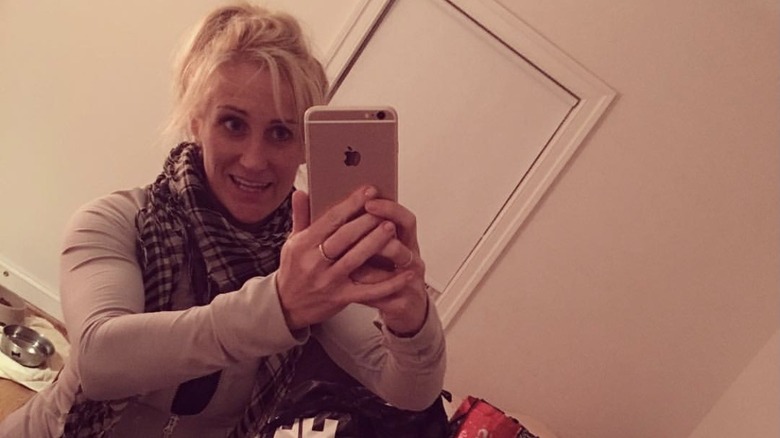 While Kat Held made a name for herself as one of the original cast members of Bravo’s “Below Deck,” she has since left reality TV and the yachting industry altogether. Kat told The Daily Dish in 2015, “After filming Season 2, I reached my six-year mark working in the yachting industry and also had my 30th birthday. I realized it was time to go down a different path and try something new.” She even revealed what she did when she left in 2015. “I got a job right away working as a waitress in a very busy restaurant in Newport, and I also bartended at a yacht club.”

At the time, Kat also went back to school and was “studying to become a personal trainer.” She believed it was “a good way to get into the health field,” which was her goal. And apparently, Kat reached that goal; in 2017 she posted on Instagram that she was “Going to nursing school” adding that “hard work pays off!”

Since that post, however, Kat hasn’t given many updates on social media. In 2020, she posted photos of herself attending the “Below Deck” reunion. Her last post was later that year, where she seemingly revealed that she was still bartending in an Instagram photo. While it’s unclear if Kat finished nursing school, she seems to be living a new life on land.