DANNY Williams is the latest contestant to enter the Love Island 2019 villa after at the Spanish compound at the end of Sunday night’s episode.

The six foot two model from Hull quickly became a hit with the ladies, catching the of Yewande Biala and Molly-Mae Hague on his arrival. 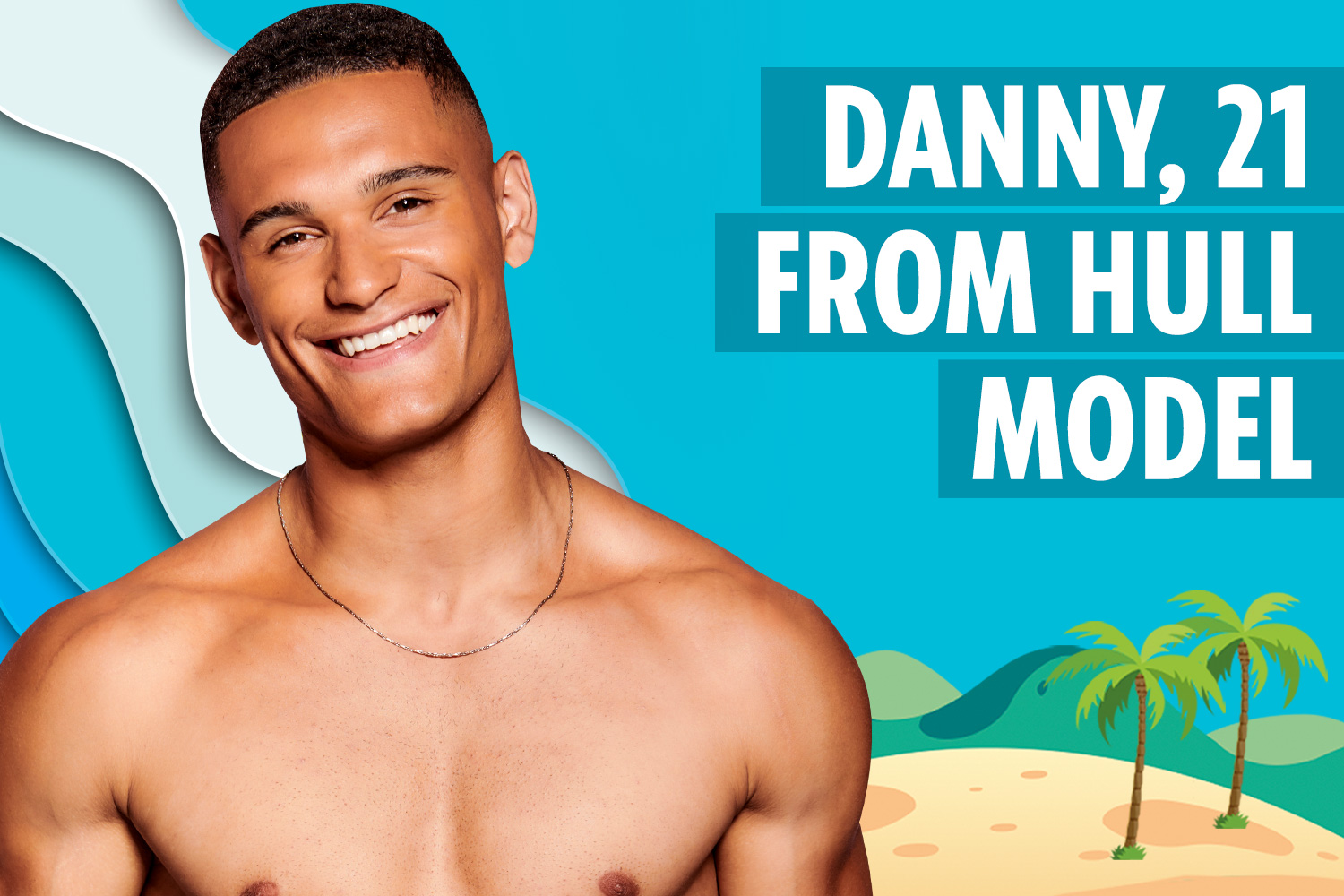 Who is Danny Williams?

Danny Williams is a 21-year-old model from Hull and is the first male to enter the villa since Curtis Pritchard and Tommy Fury‘s arrrival.

Before he became a full-time model, Danny was working in cocktail bars, which also became his go-to place in finding his dates.

“I’d meet them as customers and they might flirt with me and give me their number. Or sliding in the DMs! That’s a big one, I feel like everyone is guilty of it”.

He has worked with numerous international brands including GymShark, Moschino and even starred in a Christmas TV advert for Mr. Porter’s online campaign.

Been a hectic few weeks?? but too blessed to be stressed and fully enjoying Milan ???? remember if you woke up today fit and healthy you’re already having a better start to day than so many people?? #alwaysblessed #grateful

Woaahh made the front cover of @attitudemag with none other than the wonderful @littlemix ?? @jadethirlwall @jesynelson @perrieedwards @leighannepinnock ??? ———————————- Such an honour to cover such a huge magazine! And what a pleasure it was to meet with and work with everyone involved??? ———————————- Photography: @zoemcconnellStyling: @josephkocharian ? Makeup: @[email protected] @robertwilsonmodelscout

He said: “When that came out, it went viral! I met all the girls, there was me and three other lads and we all did separate shots with a girl each and we did group shots at the end.

“My shot with Jade was on the front cover. It was a really cool shot!”

Given his long list of credentials and association with celebrities, it would seem as if the handsome hunk will feel right at home once he enters the villa and meets his fellow islanders.

But despite having a successful career and the good looks going for himself, Danny says he finds it incredibly hard to trust people around him.

“Sometimes I’m too trusting, I could get mugged off and leave myself open to being vulnerable,” he explained.

“It’s a good and bad thing but also I always see the best in people and always give people second chances.

“And sometimes, I’m not serious enough, especially with girls in the past, I’ve been guilty of being too laid back, too relaxed and chilled out”.

What is Danny William’s type on paper?

Danny describes his ideal girl as powerful, ambitious and “she wouldn’t be scared of much and she knows who she is”.

Having a good personality is super important to him, who also stresses that he’d like to find a partner who enjoys working out as much as he does along with eating healthy.

The newcomer rates himself as a “seven out of 10”, so his ideal partner doesn’t have to be perfect in every way for him to form a connection with her.

Furthermore, Danny says he’s never cheated in a relationship because he’s all about loyalty, so one can only assume that he would break up with his partner if he was to find himself in that situation.

If I could have one superpower it would be to see into the future?✨ – but for now here’s a throwback❗️shot by the great @antonisdelta ?

In ways that he would best describe himself, the heart-throb gushed: “I would describe myself as the happy kinda guy. I think I’m funny, but definitely someone who’s really ambitious and knows what they want.

“Being a model, there’s always fit girls around me. I don’t think I fall in love easily because I think I have quite high standards. The right girl for me has to be ambitious, independent and lots of fun”.

Prior to entering the Love Island villa, Danny admitted to crushing on fellow Islander, Yewande Biala, with him saying: “From what I can gather from what I’ve seen so far, I think Yewande ticks a lot of boxes.

“She strikes me as someone who is very intelligent and is quite independent.”

He went on to tell The Daily Star: “We’re all in there looking for love, but she’s her own woman and doesn’t seem to be playing games or have any tactics, which I find attractive.”

The model stuck to his word, as he invited the 23-year-old scientist on a date at the end of Sunday night’s episode (June 9).

Danny is sure to see a drastic boost in the number of followers he has now that he’s on Love Island, with over 24,000 people already subscribed to his updates.

The 21-year-old certainly isn’t afraid to show off some skin – the majority of his Instagram photos tend to see the handsome lad showcase his modelling work, fitness videos and his shirtless selfies.

How does Love Island work? Rules on evictions, recouplings and how to vote

TOP OF THE LOT

Who will win Love Island 2019? Here's the latest odds

What time is Love Island on tonight?

And fans will also have the chance to watch Love Island: Unseen Bits on Saturday, June 8, 2019 at 9pm on ITV2.

If you miss any of the drama, you can catch up on ITV Hub.

Who do you think Danny is going to couple up with, and will his presence on the show make the other male islanders jealous?

Genuinely happy with the training and fitness ‘lifestyle’ approach over the last few months🙏🏾 I believe diets and plans are only setting you up for failure as one day the plan or diet has to end. I don’t track macros, or have set meals. I just make healthy choices MOST of the time, drink plenty of water, eat my greens and work hard🙌🏾 (I don’t plan on getting any leaner than this). Remember to always love!! Love your body you only get one🤞🏾✨ – – 81.7kg, 188cm, 7.5% body fat

Genuinely happy with the training and fitness ‘lifestyle’ approach over the last few months?? I believe diets and plans are only setting you up for failure as one day the plan or diet has to end. I don’t track macros, or have set meals. I just make healthy choices MOST of the time, drink plenty of water, eat my greens and work hard?? (I don’t plan on getting any leaner than this). Remember to always love!! Love your body you only get one??✨ – – 81.7kg, 188cm, 7.5% body fat