Who is KJ Apa’s girlfriend Clara Berry and how old is she?

RIVERDALE'S KJ Apa, who plays Archie in the show, has been dating his French beau Clara Berry for a number of months.

The pair recently announced Clara was pregnant with their first child, 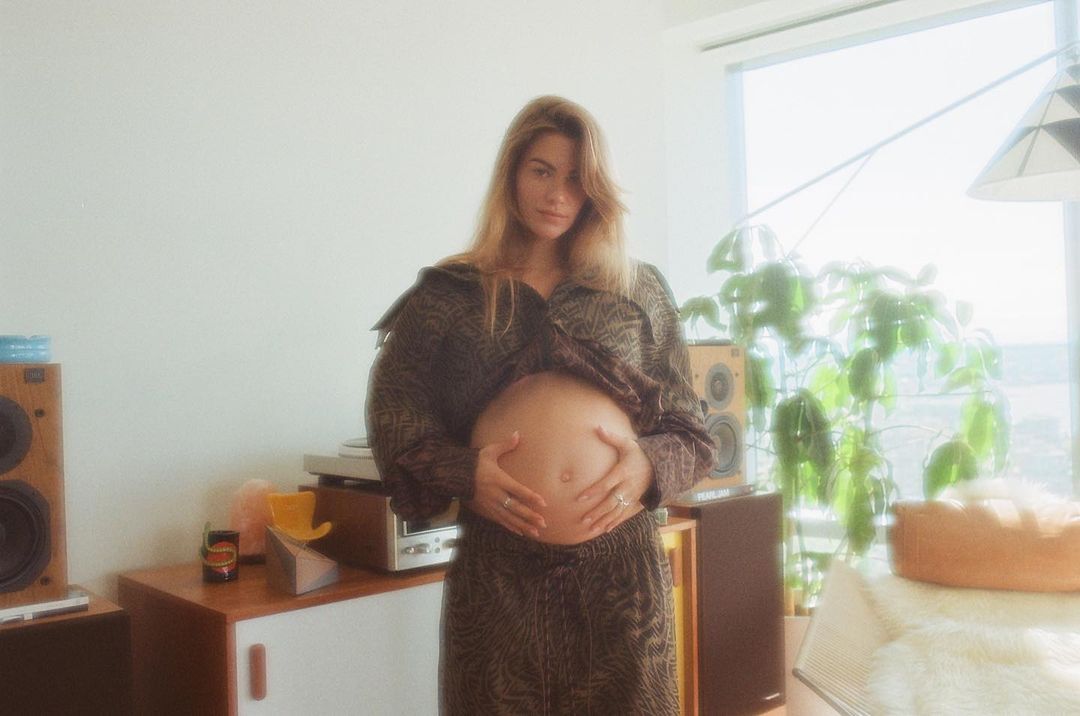 Clara Berry is a model signed to international agencies who has worked for the likes of Bimba Y Lola and Louis Vuitton.

She has reportedly been dating KJ Apa since the summer of 2020.

Neither Apa or Berry have explicitly commented on the status of their relationship.

When did Clara Berry announce her pregnancy?

Clara appeared to share news that she’s pregnant with a mini photoshoot, including close-ups of her caressing her bump.

On KJ’s page, he posted a single snap of the two of them sitting on the couch together, with her stomach bare.

Vanessa Morgan, who acts alongside KJ on the CW drama and recently welcomed her own child, commented: “Rivers soon to be bestie ♥️”

After movie star Inanna Sarkis, who gave birth to her first daughter in September, wrote: “Ahhh congrats!!! Welcome to the club ❤️❤️❤️”

What did KJ Apa say about playing Archie?

KJ Apa has confessed he feels like he's "in jail" thanks to "judgemental" fans who can't separate him from his TV character.

The New Zealand screen star, 23, plays protagonist Archie Andrews in the CW drama – but had some stark words for a section of rather more intense viewers of the Netflix series.

"Everything. It’s something I’ve had to come to terms with.

"I try and look at it from a fan’s perspective to understand the way they think. But there are times when I’m like, 'Wow, they really have no idea that we are actual people. They can’t separate us from our characters.

"You don’t have that in other professions. You don’t dissect the life of a builder and start judging the decisions he makes in his life with his wife and kids."

Yet it appears he has found new freedom in latest project, Songbird.

Speaking to his co-star Demi Moore for the interview, he added: "I felt so free coming from a show where I feel like I’m in jail a lot of the time.

"There are so many restrictions on what I can and can’t do."