Who is the richest Jersey Shore star? The MTV cast's net worths ranked

The cast of Jersey Shore started out as a group of random twenty somethings who all had one thing in common —  they loved to party.

They started off selling t-shirts at the Shore Store and fist pumping in late night clubs but they’ve all come a long way since they first graced the television screen in 2009.

A decade later, the cast of Jersey Shore have now become household names and they continue to entertain fans well into their 30’s.

The cast has started to settle down in serious relationships and many have started their own families.  They continue to support each other through all of life’s changes and celebrate each other’s accomplishments as they reunite to film Jersey Shore Family Vacation each season.

The Jersey Shore franchise has brought several opportunities the roommate’s way from podcasts, to DJ gigs, to clothing lines and even stripping in Vegas.  The roommates have really made a name for themselves while also growing their bank accounts.

Speaking of bank accounts, the cast’s wealth is extremely impressive.  We’ve ranked the cast members by net worth to find out who the richest Jersey Shore cast member is. 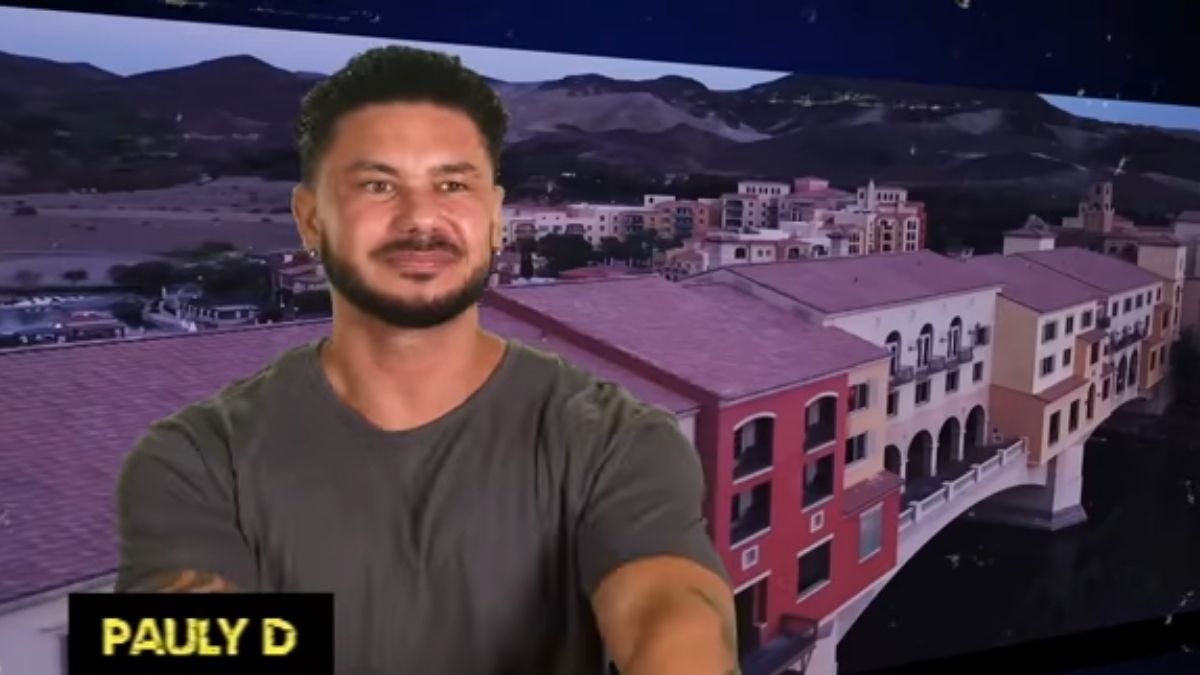 Pauly D is the richest cast member of Jersey Shore with an estimated net worth of $20 million according to Celebrity Net Worth.  Pauly’s time on the show helped him gain popularity as a DJ.

Pauly makes a majority of his money from being the resident DJ at several Las Vegas clubs including Moon, Rain, and the Palms Pool at the Palms Casino Resort.  In addition to his regular stints at those clubs, Pauly is constantly traveling the country to make guest appearances at various clubs.

In addition to being a successful DJ, Pauly makes approximately $150,000 per episode of Jersey Shore.

Pauly made appearances on other reality TV shows which included Famously Single and Marriage Bootcamp.  He and Jersey Shore costar Vinny Guadagnino also had their own spin-off called Double Shot at Love.

Double Shot at Love aired for two seasons and is how Pauly met his current girlfriend, Nikki Hall.

During the pandemic, Pauly’s work as DJ was put on pause, however, it didn’t seem to affect his finances too much.  Pauly decided to rent an entire resort in Las Vegas for all of his Jersey Shore roommates to quarantine together and film Jersey Shore Family Vacation Season 4. 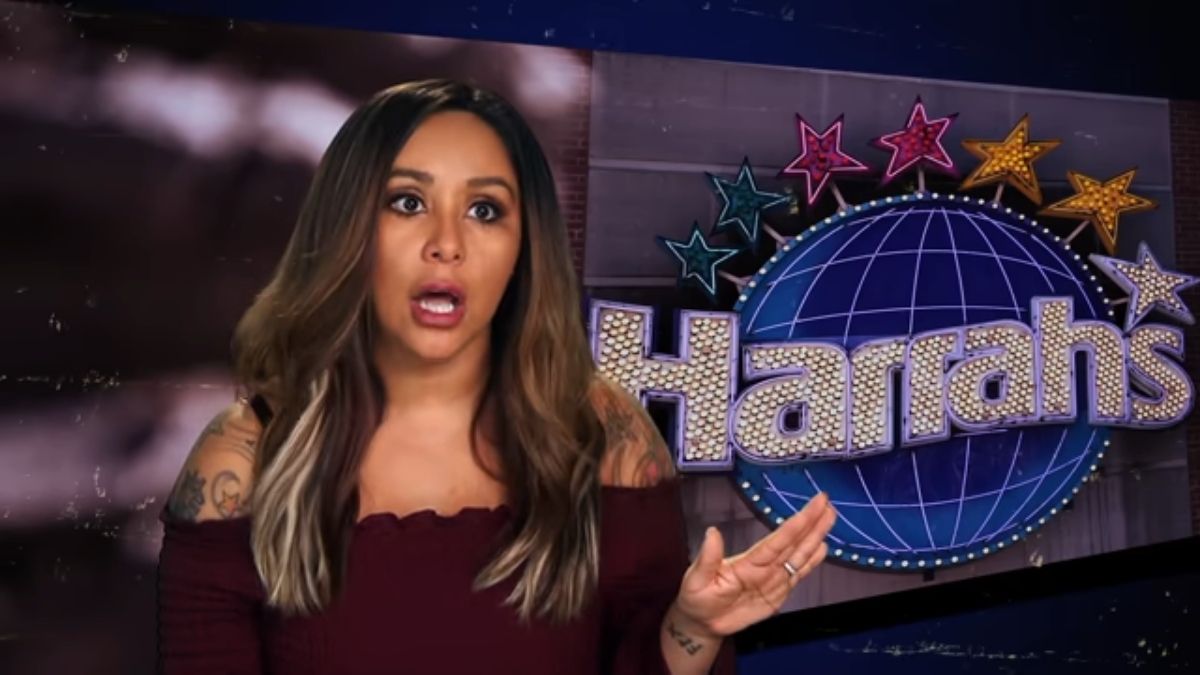 While she recently cut ties with the Jersey Shore franchise following the drama at Angelina Pivarnick’s wedding, Snooki has remained one of the most beloved cast members amongst fans.  She also has an impressive net worth of around $4 million according to Celebrity Net Worth.

Snooki is married to Jionni LaValle and the couple has three children; Lorenzo, Giovanna, and Angelo.

Jersey Shore was not Snooki’s first stint with reality tv.  She appeared in an episode of the MTV show Is She Really Going Out With Him.

Six months later, she was cast for Jersey Shore and quickly became a household name.

Snooki appeared in a few other MTV shows which included the Jersey Shore spin-off Snooki and JWOWW which she filmed with costar Jenni Farley for four seasons starting in 2011.  Snooki most recently hosted the show How Far is Tattoo Far which premiered in 2018.

In addition to her different roles with MTV, Snooki competed on Dancing with the Stars in 2013 and finished in eighth place.

Aside from television, Snooki authored the books A Shore Thing, Confessions of a Guidette, and Gorilla Beach.

Since leaving the show, she has kept herself busy with her podcast It’s Happening with Snooki and Joey.  The podcast is produced alongside her best friend.

If all of that wasn’t enough to keep her busy, Snooki runs a successful clothing business called The Snooki Shop.  The shop sells a variety of clothing products for women and includes maternity wear.

After Snooki announced her departure, fans begged for her to return and feared the series wouldn’t be the same without her.  Despite her decision, Snooki appears to be doing well for herself. 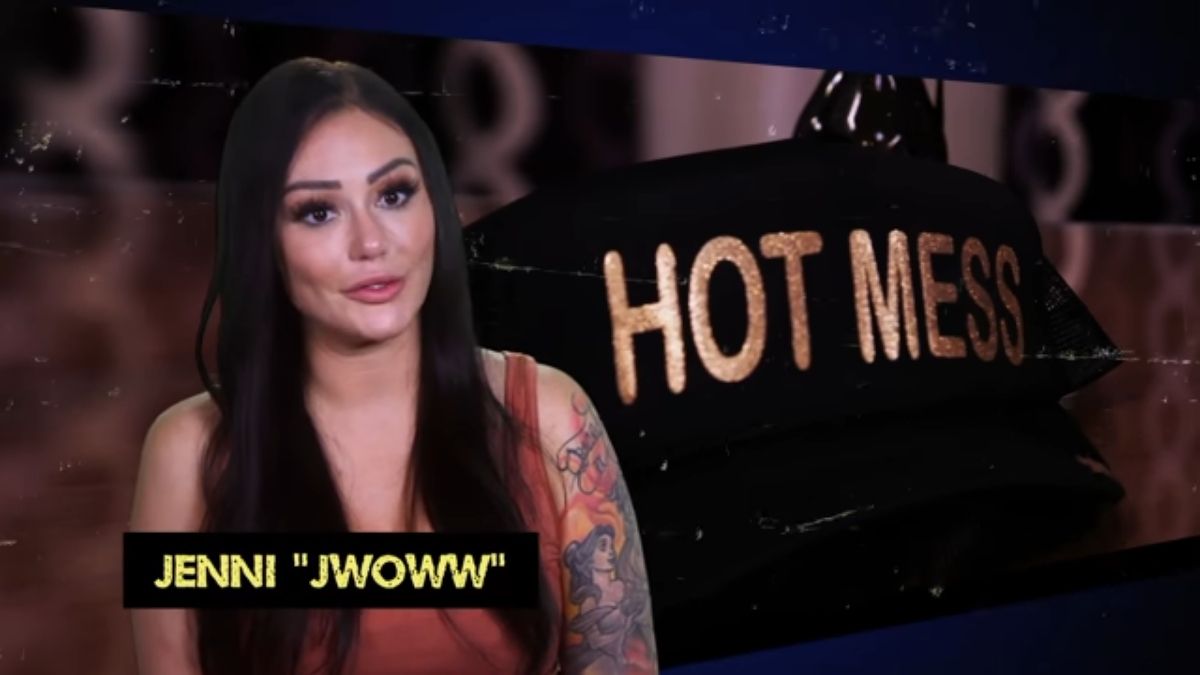 Jenni is tied with her BFF Snooki for Jersey Shore’s second richest cast member with an estimated net worth of around $4 million according to Celebrity Net Worth.

After appearing on the spin-off Snooki and JWOWW, she and ex-husband Roger Mathews filmed a season of Marriage Bootcamp: Reality Stars.

The show apparently didn’t do much to help the couple’s troubled marriage as they finalized their divorce in August of 2019.  Jenni is currently dating Zack Carpinello, otherwise known as 24.

Jenni continues to co-parent her children Meilani and Greyson with Roger.

Jenni collaborated with the company Australian Gold for her own indoor tanning product line.  Jenni briefly owned her own clothing line called Filthy Couture, however, the business was forced to shut down due to pending copyright infringement lawsuits.

Even though her stint with the fashion industry failed, Jenni is doing just fine.  Jenni continues to make her fortune through filming Jersey Shore Family Vacation and the various endorsements she’s received as a result. 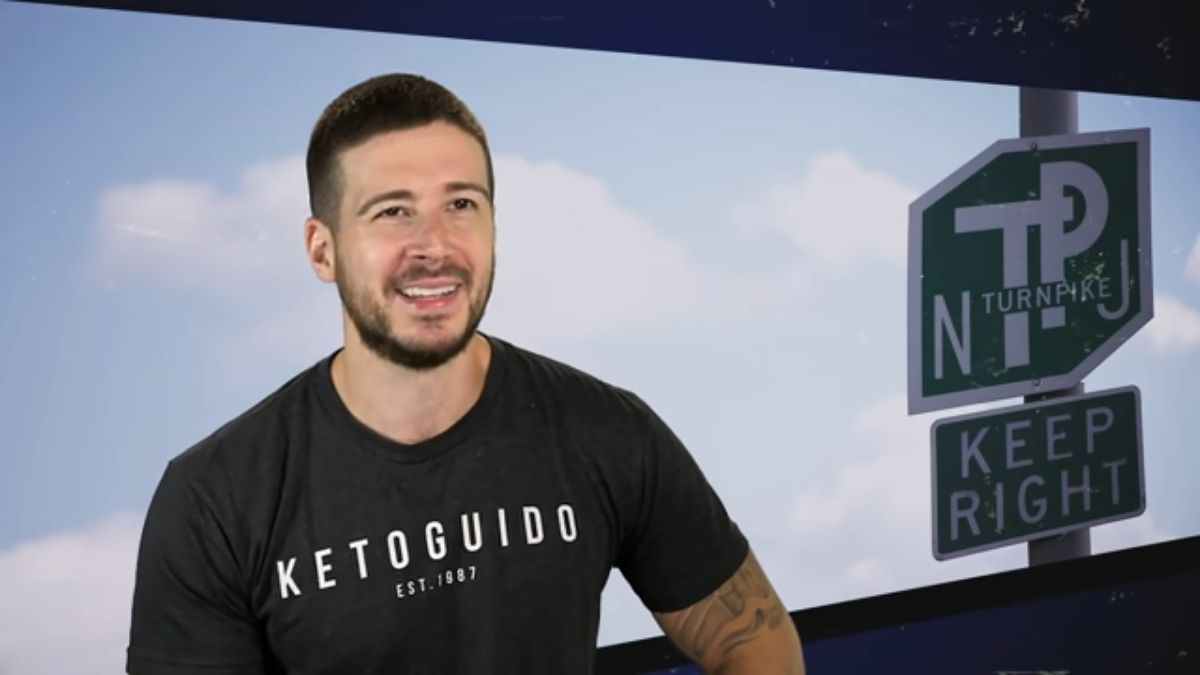 Vinny Guadagnino, otherwise known as the Keto Guido, is the next richest Jersey Shore cast member with an estimated net worth of $3 million according to Celebrity Net Worth.

Vinny gained popularity quickly with fans and participated in MTV’s Double Shot at Love with his best friend Pauly D.

He adopted the keto diet lifestyle and lost a lot of weight and changed his entire physique.  His roommates often teased him for avoiding carbs, especially during one episode where he ate all of the cheese off a pizza and avoided the crust.

He wrote the book The Keto Guido Cookbook: Delicious Recipes to Get Healthy and Look Great.  The cookbook was the second time he had authored a book as he previously wrote Control The Crazy in 2012.

In 2019, Vinny’s healthy habits paid off as he was asked to host the Chippendales show in Las Vegas.  The shows he hosted were so popular with fans that the franchise invited him back for two additional residencies that were 6-7 weeks in length.

Vinny is proud of his six-pack abs and showed them off to his roommates during a recent episode of Jersey Shore Family Vacation.  Not only did his choice to avoid carbs improve his appearance, but it also did great things for his bank account. 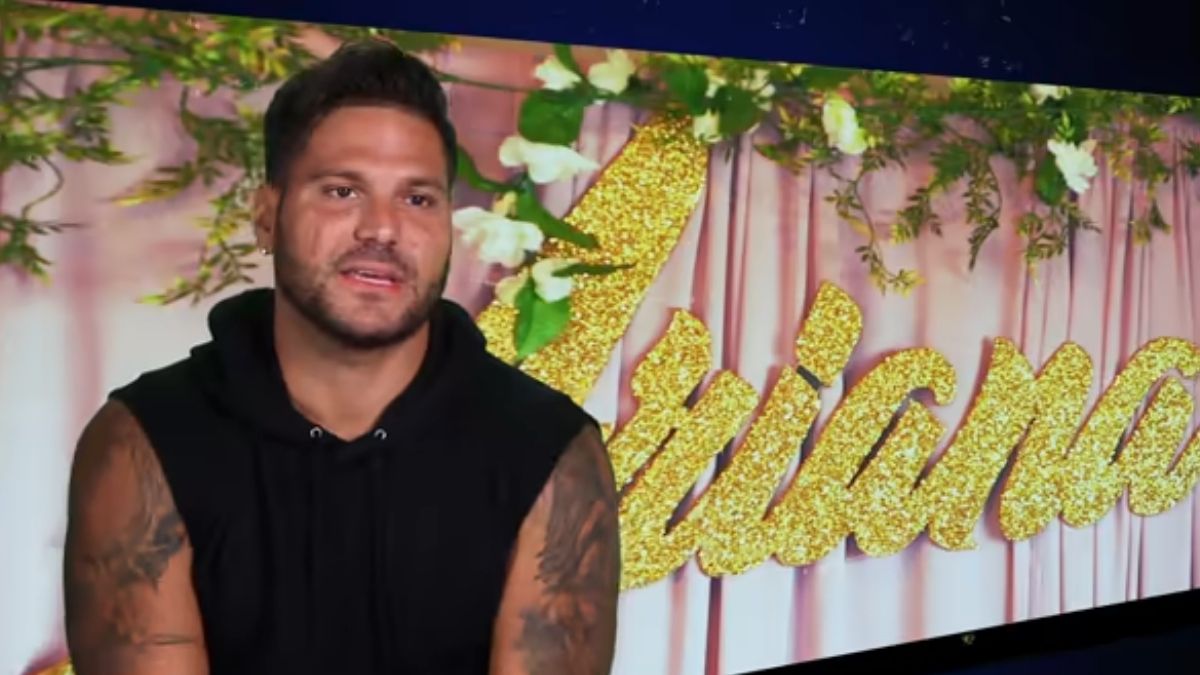 Ronnie Ortiz Magro is mostly known for his drama fueled storylines centered around his dysfunctional relationships.  Despite all of the craziness that has surrounded him over the years, he has an estimated net worth around $3 million according to Celebrity Net Worth.

In addition to Jersey Shore, he appeared on a few episodes of Snooki & JWOWW and was also on Celebrity Fear Factor.  Based on all of his relationship struggles it’s no surprise that he had a brief stint on the show Famously Single.

In the early days of Jersey Shore, fans watched several seasons as he and Sammi “Sweetheart” Giancola continued their on-again-off-again romance.  After Jersey Shore stopped filming, the couple ended up going their separate ways.

Ronnie met his ex-girlfriend and baby mama Jen Harley and the two share daughter Ariana Sky Magro, who is 2-years-old.

The couple had several contacts with law enforcement over during their relationship due to allegations of domestic violence between Jen and Ronnie and he eventually copped a plea deal in a domestic violence case this past May.  While Ronnie dealt with the emotional toll of his toxic relationship, he became depressed and even entered rehab for a short period of time.

Prior to the premiere of Jersey Shore Family Vacation, Ronnie’s roommates said they were thrilled to see him settled down and happy after years of watching him struggle.  Ronnie is currently dating his new girlfriend Saffire Matos.

While Ron went through some tough times, he seems to have turned his life around.  His bank account has managed to stay stable regardless of his issues. 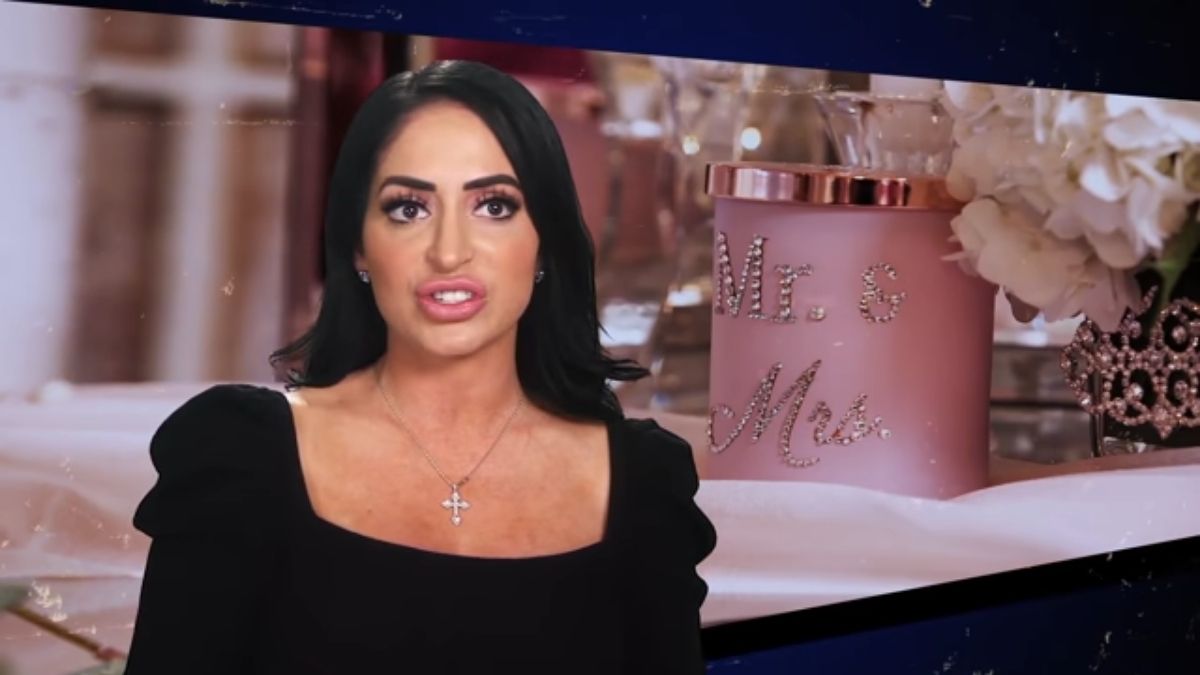 Angelina Pivarnick has come a long way with the cast members since being referred to as the “dirty little hamster” And while she may not be the most popular member of the Jersey Shore family, Angelina still has an impressive net worth estimated at $2 million according to Celebrity Net Worth.

Prior to filming the show, Angelina worked as a bartender.  She left the show in the earlier seasons and blamed her boyfriend at the time.

In 2018, Angelina worked as an EMT for the New York City Fire Department.  She took time off from that role in order to join the cast to film season two of Jersey Shore Family Vacation and has now become a regular.

In addition to the money she makes while filming, Angelina has her own line of lashes called Lashelina.

Angelina is married to Chris Larangeira who works as a sanitation worker.  The couple threw an extravagant wedding celebration complete with all the glitz and glam fans would expect from Angelina.

Angelina is in the spotlight often showing off her plastic surgery which most recently included a Bandaid butt-lift.

She may have been missing from the Jersey Shore cast for several seasons, but it clearly didn’t have a negative impact on her livelihood. 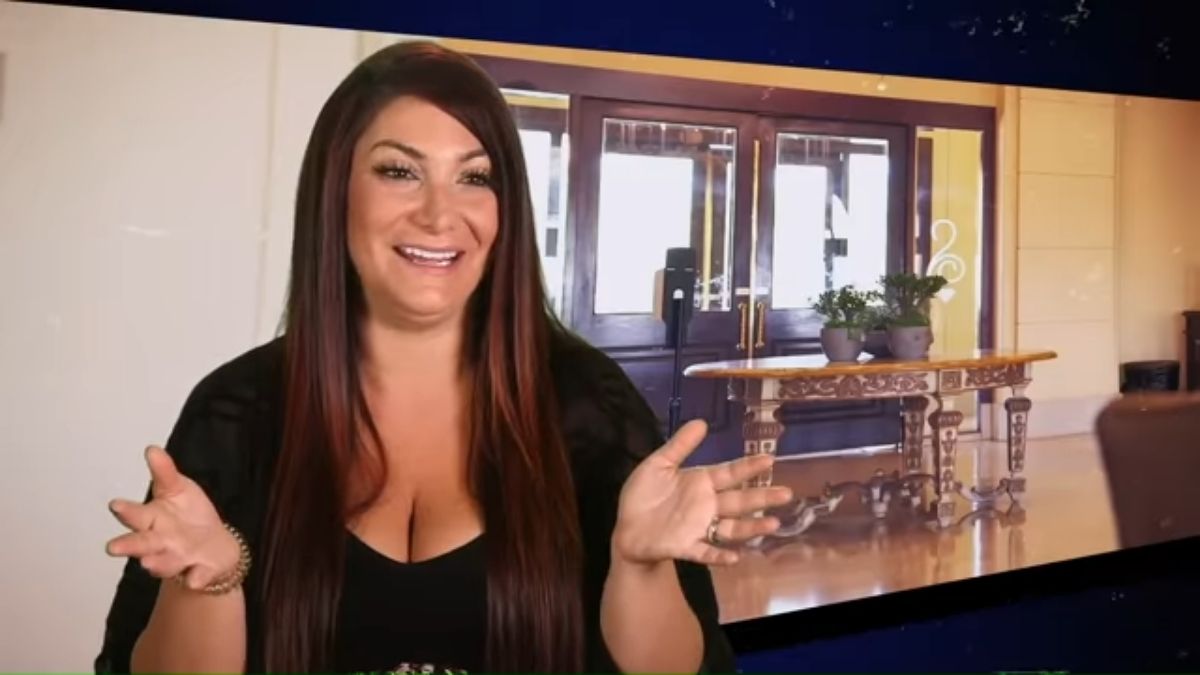 Deena Cortese, otherwise known as everyone’s other favorite meatball, has an estimated net worth of around $1 million according to Celebrity Net Worth.

Prior to filming with Jersey Shore, Deena got her dental assistant’s license.  She didn’t make the cut for the cast in her initial audition but was brought on during season 3.

Deena is married to Chris Buckner and they have a son CJ and a baby boy on the way.  Chris works for a company called Professional Sports Publications, which publishes souvenir magazines.

Deena has been able to make an impressive living while filming Jersey Shore.  She continues to be a fan favorite. 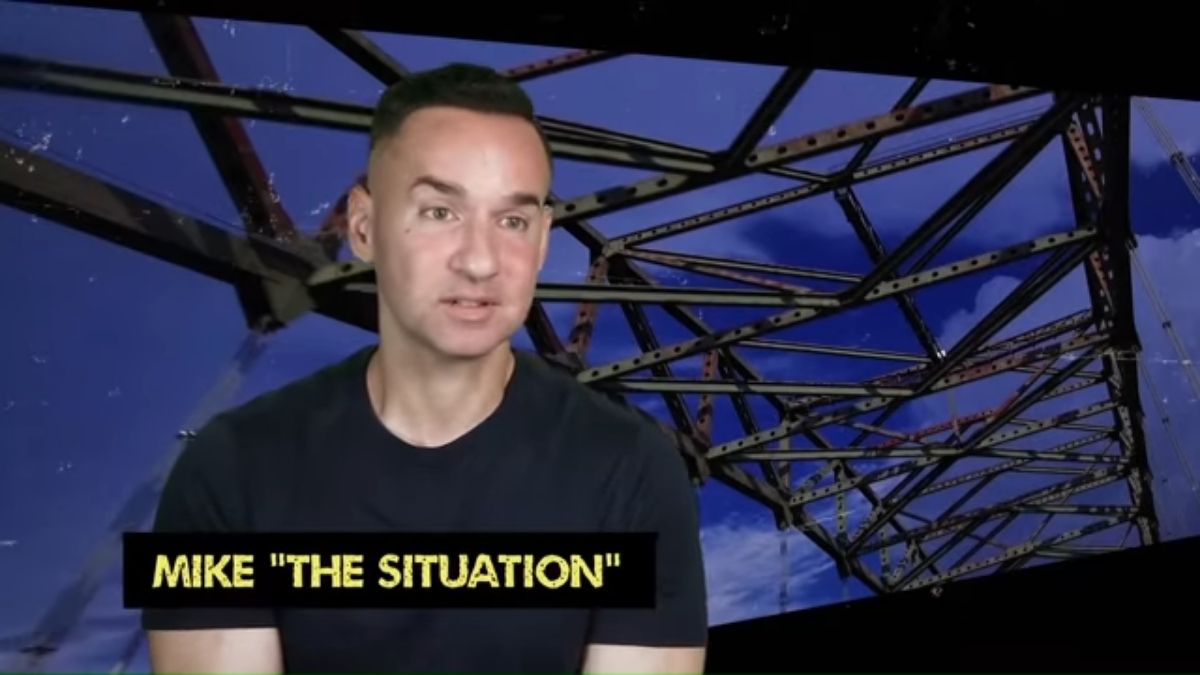 Mike Sorrentino has made the biggest transformation of all the Jersey Shore castmates after he did some time behind bars for tax evasion.

Mike currently has an estimated net worth of $300,000 according to Celebrity Net Worth, which is a pretty significant decrease from his $10 million net worth in 2018.

Mike lost the majority of his wealth when he didn’t pay taxes on approximately $9 million worth of income.  He also made several bad investment decisions.

Despite his struggles, Mike has completely turned his life around.  In the earlier years of Jersey Shore, Mike’s cocky attitude got under the skin of most of his roommates.

Mike learned from his mistakes and moved on to become a better person.  He has remained sober for several years and uses his experiences to help others who are going through recovery.

He is now married to the love of his life, Lauren Sorrentino.  The couple recently announced they are expecting their first baby.

As Mike likes to say, “The comeback is always greater than the setback,” and he has proven just that.  Despite his diminished net worth, it looks like Mike couldn’t be doing better.

The cast of Jersey Shore has made their own success outside of the show, and it hasn’t hurt that they make up to $150,000 for every episode they film.   With 11 years under their belt, that’s a lot of money in the bank.

Ranking the Jersey Shore cast members by net worth proves that not only are they great at entertaining fans but they have some hefty bank accounts to show for it too.