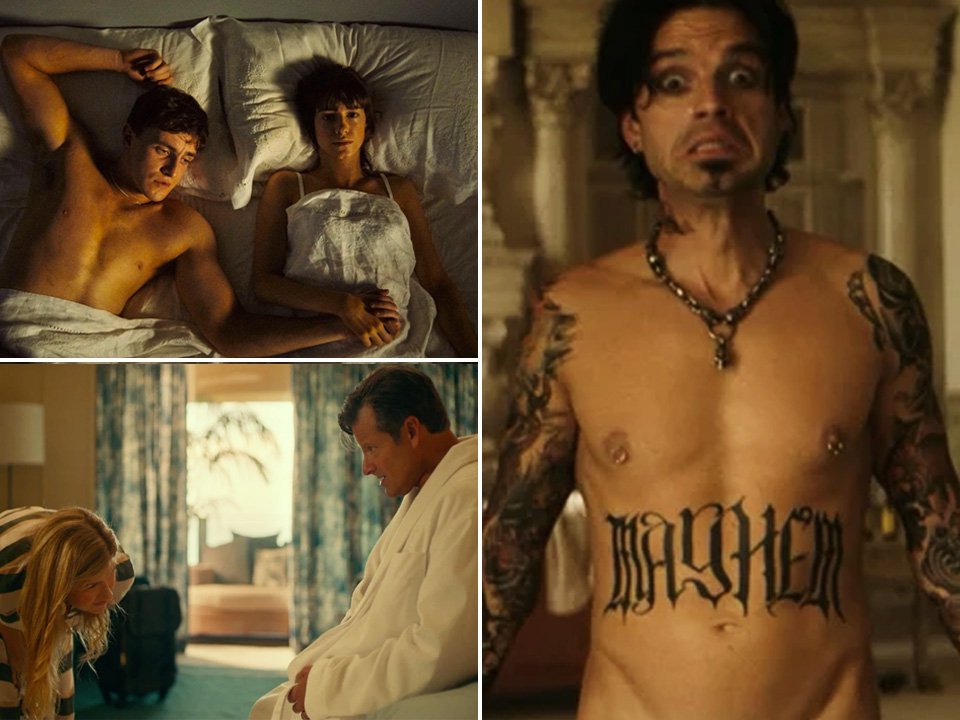 The signs have been there for a while, ever since Connell’s full-frontal in Normal People – a nanosecond of penis bringing with it delighted pearl-clutching at such exposure.

And on the BBC too!

But that was back in the innocent days of 2020 and was positively demure in comparison with the explicit displays of manhood that have popped up on our TV screens since.

Last year, the third series of Succession showed us Roman Roy’s bits, while the series opener for White Lotus had a close-up of Mark’s meat and two veg as he convinced himself he had cancer.

Since then, it’s fair to say there has been a visual bombardment of penises on TV.

To be clear, full-frontal male nudity isn’t brand new but what is new is how much it’s on TV and how the willy is treated.

Fans of And Just Like That… were agog at Harry’s willy in a sex scene with wife Charlotte. Technically it was a prosthetic but who cares? It’s on display.

In the same episode, Carrie’s neighbour’s towel drops to the floor and, while in the past this might have been shot from behind to give audiences a cheeky view, in 2022 everyone gets the full monty.

Euphoria’s second season opened, more or less, with a pimp whose penis was in party mode before his legs were blown off.

Later, in a moment to be filed under ‘too much information’, a reveller at a house party sinks down on the toilet to have a poo, treating us all to his complete works.

Then, more dongs are on display when a group of teenagers are asked to strip off to prove to an already naked drug overlord that they are not carrying narcotics on their person.

A few episodes later, there was Cal, someone’s actual dad, delivering a drunk monologue about regret, identity and sexuality to his family while his willy was hanging out of his jeans.

And in the series Pam & Tommy, the latter’s penis literally has a speaking role.

Don’t worry if you aren’t keeping up with any of this plot-wise. The point is that there’s some kind of on-screen penis revolution going on and no one is quite sure why. No law has been passed or quashed, freeing the willy.

‘It does feel like some sort of rebalancing after decades of directors demanding needless nudity from women,’ says Alice Tyler, director of development at TV production company Sister.

‘I think the simplest, perhaps crudest, explanation for why the penis has been so unseen until now is misogyny. So it does feel like a power reversal.’

It’s certainly true that the context of many of the recent willy-baring scenes are not particularly flattering, macho or totems of virility.

These willies are shown as just something attached to a human being, someone with flaws and insecurities.

‘But,’ warns Tyler, ‘you do have to wonder how much it’s also intended to get the internet going.’

And it has. But either way, this sense of parity is refreshing and long overdue.