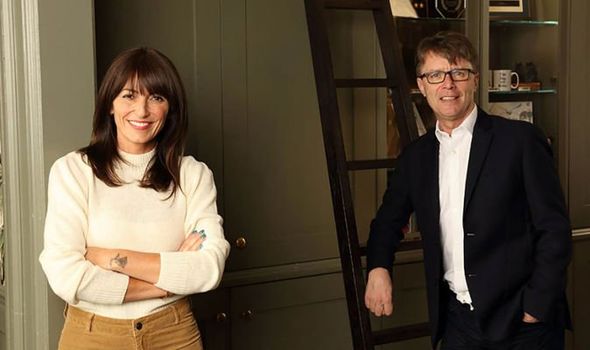 Lisa Irvine had been searching for her birth mother Margaret Pine for the past 36 years, without joy. After a brief spell in foster care Lisa was adopted by a couple who already had a child. Lisa said she always wanted to know why her biological mother had abandoned her.

Her search is featured on ITV’s Long Lost Family tomorrow, during which Lisa said: “My whole life I’ve felt like an imposter in another family.

“I don’t know where I belong, it is really important for me to find my birth family because I can’t feel like this for the rest of my life.”

With the help of the programme, Lisa, a mother-of-two from Somerset who works as a healthcare assistant at a hospital, returns to the Isle of Wight where she was born and discovers she has a brother, Nick.

Lisa, 50, was shocked to learn from her adoption paperwork that her birth father abandoned her biological mother two months before she was born. She said: “He left her destitute. He took everything and she had absolutely nothing.

“That must have been awful for my mother. She was abandoned when she was heavily pregnant and with a 19-month-old child [Nick].”

Her file showed her birth mother’s only option was to move in with her own mother, who would only take Margaret and Nick, forcing her to give up Lisa for adoption.

Lisa said: “So my mother was forced to put me up for adoption by my grandmother.”

When show researchers traced Nick to his home in Kent he revealed their mother Margaret died in 2013.

Nick, who works as a carer for the elderly and disabled, also reveals that Lisa has a younger brother Andrew, who wanted to meet her but preferred not to do it on camera.

During Lisa’s emotional reunion with Nick, she said: “I feel like I am complete, thank you.

“Meeting my brother means everything, absolutely everything. He is the last hope of me knowing where I came from and, hopefully, the start of something beautiful.”

Nick, who was told by their mother that he had a younger sister given up for adoption, said: “Lisa has always been a part of the family as far as I am concerned.

“I know my mother would have wanted to be here for this, so this is as much for her as for me.”

Lisa said: “I have always felt I was not wanted.” Nick responded: “That is not the case, you have always been my sister. My mother did not give you up by choice.”

Lisa added: “Knowing I was not abandoned is incredible. I am at peace now.”