In a segment of Friday’s BBC Breakfast, Ben was visiting a north London brewery to explore the impact of lockdown on pubs after 90 million pints of beer were thrown away during the pandemic. The end of the clip saw Ben explaining a Christmas tree still sat in the brewery because December was the last time owners had been able to be there. He said he was afraid to touch it and break it, but Naga Munchetty couldn’t help but encourage him to do so.

Following his interview with the owners, Ben got up from his seat and said: “I’ll nip round here really to illustrate just how tough this year has been.”

Pointing towards the tree, he explained: “This is probably all you need to see. Last time they were able to have people here in any sort of meaningful fashion, it was Christmas.

“And I’m not going to get too close to it because I think if I touch it, it might all come crashing down.”

Naga quipped: “Oh go on, just nudge into it – just accidentally nudge it just to see – give it a little shake just to see how many drop.” 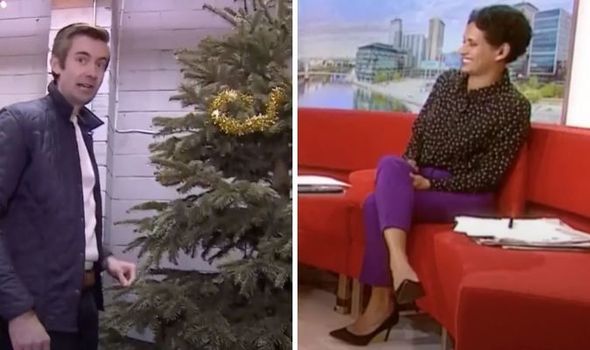 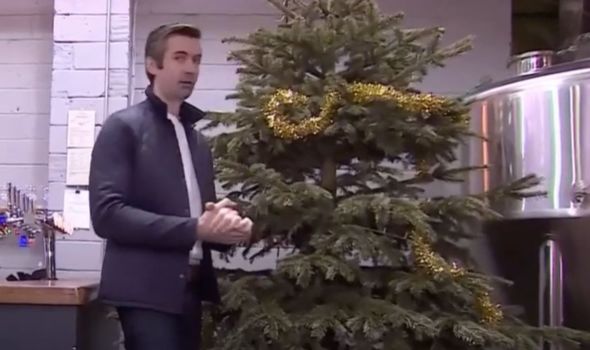 “A little shake, Ben, go on,” she urged. “You’re such a bad one,” Ben replied as he began to shake the tree gently.

“See that’s done really well,” he said, surprised not much of the tree fell apart.

“It’s not even in water. I want to know where they got this one. Because I’m going to buy mine there, next year,” he joked.

Naga laughed as the segment ended and she turned her attention back to the latest headlines. 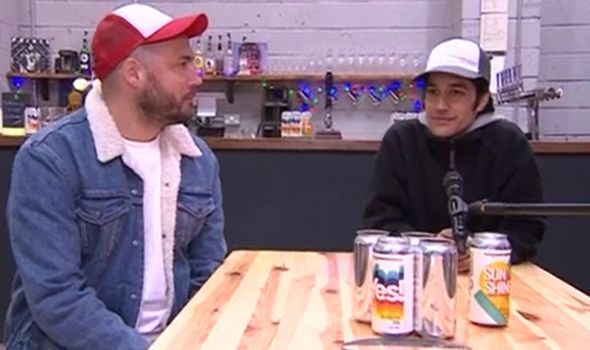 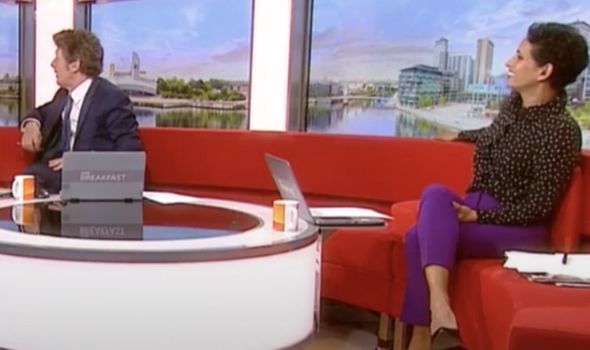 Ahead of April 12, which will see pubs open for customers to enjoy a drink outside, Ben chatted with the owners of the North London brewery about how they were preparing to reopen.

He noted: “By not being able to open over this lucrative Easter weekend, there’s a lot of concern that pubs and the beer industry say they’ll lose about £325million – that’s just in lost sales alone because they can’t be open for the long Easter Bank Holiday.

“And over the year as a whole, given all those lockdowns, even despite their best planning with the opening and closing, they’ve lost about 87million pints of beer that have been poured away.

“That’s about 200 Olympic-sized swimming pools worth of beer poured away because it simply goes off.”

The brewery where Ben was reporting from managed to begin selling beer to people at home.

Co-founder Joe and Zack explained their experience to Ben, with Joe explaining: “Life’s been tough in general for everybody.

“We almost went under at Christmas, the bank balance was pretty much dead and empty. We’re running on fumes at the moment and we are desperate to get cash flow for this business.”

The pair didn’t qualify for much government help because they were a relatively new business.

The business ended up relying on crowdfunding from the local community.

Elsewhere in the show, Naga and Charlie looked at today’s headlines and showed segments on the Covid memorial wall.

BBC Breakfast is on every morning at 6am on BBC One.